Fresh from second place success in Canberra, the Subaru do Motorsport team is aiming to strengthen its push for podium placings in the 2019 CAMS Australian Rally Championship, when the Subaru Rally Tasmania starts on Friday night.

The Orange Motorsport-prepared All-Wheel Drive Subaru WRX STI proved a potent package in Canberra and Molly Taylor and co-driver Malcolm Read are on a mission to further explore the boundaries of their new-build Production Rally Car (PRC)-class ‘Rex on the stages outside Launceston.

The third round of the Championship represents the mid point of the 2019 season.

It also marks a return to the two-day format after the one-day Canberra contest.

Under Team Principal Craig Brooks, Tasmania-based Orange Motorsport aims to use local knowledge to its advantage in Launceston.

Molly said: “We came out of Canberra on a high and we’re confident that we can push the car further, now that we’re more familiar with it.

“We’re motivated by the fact this rally is sponsored by Subaru and it’s also in Orange’s back yard, plus we want to consolidate our Championship position and seriously push leader Harry Bates on stages that are ideally suited to our car.

“It’s a great opportunity for me and Malcolm to take it to another level and use the subtleties of the new car to full advantage.”

Between rallies, Molly debuted in the TCR Australia Touring Car Series last month in Sydney and recently followed up with a second round on Phillip Island.

Subaru Rally Tasmania action begins on Friday evening with the Inveresk stage, at Launceston Showgrounds, close to the city centre, which proved a winner with rally fans last year.

The rally comprises two heats and a total of 17 stages.

Actions resumes on Saturday morning with a further 10 stages outside Launceston.

Podium presentations are due at 4.30pm, at Inveresk. 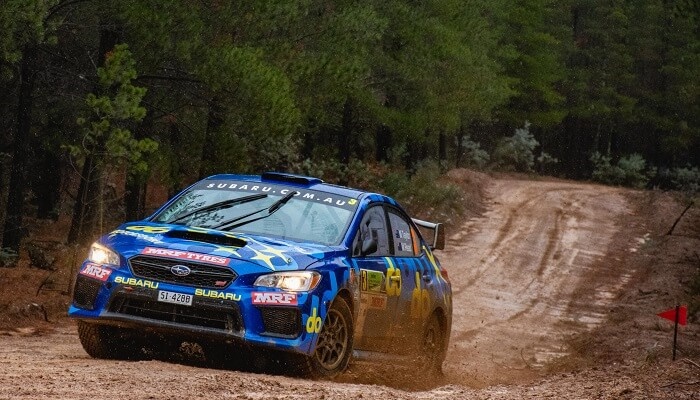